Should You Rethink Your Mobile Strategy To Get To The New Apple TV App Store?

“We are about to make some monster announcements across several of our product lines.”

Apple seldom starts first but it never comes last. From this point of view, the presentation of the new iProducts in the September Special Event was even more exciting. It’s been a long time since the Cupertino-based IT giant taught their fans that such events reveal the products that become market enablers. The last event was no exception: very probably, on September, 9 we saw the future of the television.

Although the next generation of the Apple TV was not the core point of the event, it has got the most challenging turnarounds. So far, Tim Cook announced in the event Apple needed a new foundation for TV to offer something better than just a streaming tool. To make this happen, the device needs powerful hardware with a modern operating system, new UX, powerful developer tools like a TV API, and an app store. That way, the company is going to adjust the iPhone experience to the TV set.

What are the major differences between the new and the old hardware? The fourth generation looks similar to the third generation Apple TV, just a bit bigger and heavier.

However, the new TV supports more powerful 802.11ac Wi‑Fi protocol with MIMO. The USB‑C port is reserved for service while the remote control communicates with the set via Bluetooth 4.0. The optical audio connection is out. Instead of it, the HDMI port should transmit both the picture and the sound; the Ethernet is still present.

The TV storage is either 32GB or 64GB with no extra sockets for flash cards, but it should come as no surprise – there’s none on iPhones, either.

Not much to get excited about, at a first glance, until we mention the remote control. It has a touch pad or, technically speaking, a touch surface at the top which is designed to bring the desired smartphone experience to the TV set. The thing does work pretty amazing. It reacts to swipes, taps, and the movements intensity (due to a built-in accelerometer) – which is nothing but outstanding. That’s why the remote can be a cool feature for game designers.

The remote has a microphone through which the users can interact with Siri. The voice service did its job pretty well during the presentation and there’s no doubt it will cope with the voice commands from now on.

“We believe the future of television is apps.” said Tim Cook. We believe so too, by the way.

Well, nobody is surprised to see a computer-like TV but the really exciting news is that Apple not only opens their app store for the tvOS-based apps, but encourages developers to design a new user experience. For that purpose, the company has released a beta of TV SDK and made a pull of developers to provide them with the brand new sets before official sales start.

The TV software development will make it possible to benefit for those who already have iOS mobile apps. tvOS apps extension doesn’t take much mobile apps programming time in order to function properly on the new Apple TV set. As for the current state-of-affairs, Apple TV is a great option for apps in the Entertainment and Education categories – games, music, radio and video streaming apps.

In other words, the new Apple television set is open for the third party app development and these Apple has added amazing features like new remote, Siri, the app store and the openness for custom app developers working with the new device. Now it’s developers’ turn to create something more than just films and TV shows to watch.

Apple TV can be the right platform to present your most ambitious projects. When you are looking for a passionate dedicated team who have excellent skills and experience to make your TV app come true, Ukraine software development company IT Craft is the right choice for you. 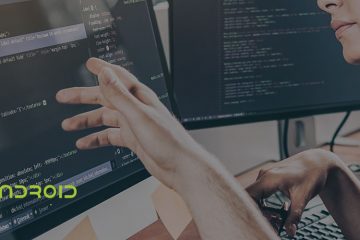 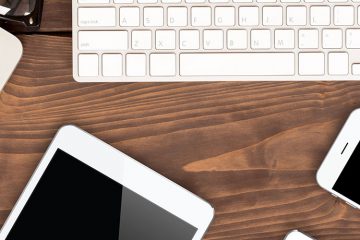 What Is Special About iPhone and iPad Mobile Application Development?