Top Open-Source Tools and Technologies for Software Development in 2019

Take 10-12 minutes to read this now and save yourself untold hours of frustration.

All tools and technologies included below have been put through their paces: IT Craft developers either use them every day for their projects or have analyzed them in order to use on upcoming activities.

Other tools and platforms, like Node.js, ML.NET, etc., provide teams with libraries and must-have app components making it possible to boost the development cycle saving effort on repetitive tasks.

Release of the new Visual Studio 2019 preview was one of the most significant events in December 2018.

The most notable features include:

IntelliCode extension has become smarter. It now supports more programming languages (C#, TypeScript/JavaScript, Java, and Python) and provides more AI-based recommendations. Recommendations rest upon patterns taken from many open repositories on GitHub. Also, a recommendation system for C# can be based on programmers’ own code (still ensuring the source code remains secure).

Pull requests for Visual Studio feature makes it possible to review, edit, and debug all pull requests without needing to leave IDE, switching to repository, thus speeding up the workflow.

To sum up, Visual Studio 2019 made a big leap towards enhanced productivity. It addresses the problem of needing to eliminate dull, tedious work on a project and the resulting errors ensuing from distractions.

This is probably the question that causes the greatest heated debates: which framework or library will win the battle for front-end?

No matter which is deemed the winner, it will definitely not be in 2019. The battle is far from over as the Web platform evolves at a pace. As new niches and use cases arise, it becomes more widely adopted.

Both React and Vue have their range of applicability where they are first-choice weapon (design of reusable UI components and small, lightweight apps, respectively) and both will be the “2019 king on the mountain” within those.

Additionally, IT Craft web developers use different frameworks on projects in order to offer clients those which best suits their needs, not just something that is easy to master.

But here is the point: Angular-based development continues to grow in popularity in the niche for what it was originally designed: faster development of large cross-platform SPAs.

Why? Because Angular was completely reworked to open more opportunities for solid, consistent Website development.

But Angular also empowers Web apps to operate extra fast (this is always crucial). And it is backed up by Google and a large community.

This is one of the most successful Node.js’ competitors.

On June 27, 2016, the 1.0 version of .NET Core platform was launched only two years ago and was quite rough when released.

In the .NET environment, NET core is first to receive updates. The newest .NET Core 2.2 was published on December 4, 2018. It came with a series of improvements aimed at customization of app behavior, performance, and, as a result, maximizing throughput.

Also, the .NET Core system supports multithreading and already has one of the best performances among competitive platforms.

The primary focus of .NET Core is development of server and cloud solutions. It is suited for deployment and maintenance of large numbers of Docker containers.

Developers who choose .NET Core enjoy support for all major platforms: Windows, Linux, and Mac that enables them to create and launch apps in an efficient way.

With .Net Core, Microsoft has entered the territory of startup development, making it possible to offer a competitive combination of different tools for flexible software development accompanied by cheap infrastructure and benefits of the enterprise-level platform they already have.

JavaScript dominates web development and Node.js remains a popular server-side framework making it possible to use the same language for both front-end and back-end programming. This saves time and effort and ensures more integrity across projects.

Node.js facilitates prototyping and MVP development, thus helping startups reach their goal: enter the market with a ready-for-use solution as fast as possible.

Node.js is simple; it is also cross-platform and asynchronous. Therefore, it will prevail on JavaScript projects where real-time interactions are crucial, as Node.js enables real-time data streaming, significantly shortening overall processing time.

Even more, Node.js has become the basis for many common frameworks, such as Meteor.js, Express.js, Nest.js, and others that will keep contributing to Node.js’ popularity.

Does Node.js have a chance to rule back-end development in the way Kubernetes can dominate the CI/CD pipeline?
As in the front-end world, there is tough competition among back-end platforms. Node.js faces a dozen competitors that constantly get improvements. It is unlikely there will be a clear winner, but in the end—everyone’s a winner!
Among possible drawbacks, scalability problems due to issues with multithreading should be mentioned.

Last but not least, Node.js is popular; that also means it is popular among hackers who strive to create security issues and steal sensitive data. On the bright side, the Node.js bug bounty program keeps working so that security issues are discovered and solved efficiently and effectively.

Data will be even more valuable in 2019, so everyone will leverage from advanced AI/ML algorithms focused on automated data analysis and processing. Here is another cross-platform, open-source framework from Microsoft. This time, the company’s engineers design it for machine learning.

ML.NET is in beta: an official release is anticipated in April 2019. So far, the company publishes beta version updates regularly, so that everyone interested can try its features, provide feedback, learn the product’s perks, and eventually start integrating ML.NET in real-life projects as soon as a stable release is available.

ML.NET provides tooling to support recommendation systems, detect anomalies, create highly customizable machine-learning pipelines, and much more. This way, developers will be able to operate large amounts of data using the ML.NET framework in an automated mode, being freed up from dull routine tasks where human error is costly but, unfortunately, inevitable.

So how will ML.NET help?

ML.NET is suited for real-use cases where it will help make sense of big data using it to detect suspicious activities, predict users’ wishes, estimate, and forecast.

As a rundown and of note is the importance of Docker containers and Progressive Web Apps (PWAs).

Dockers still boost web projects of any size making it possible to deploy hundreds of software copies on hundreds of servers with no hassles. Users have the same high-level experience while product owners enjoy smooth, timely delivery as a part of their reality.

PWAs are a great help for those who seek adjustments to mobile-first indexing. Using PWAs, owners can convert their websites into mobile apps with the help of web teams and be “visible” by Google.

Thank you for reaching the end. This is Part Two that discusses the mobile apps development process. Part One contains best tools and technologies for DevOps.

An experience is useful only when it is acquired in a well-designed, reusable solution that supports world trends in automation of routine.

This is why IT Craft (Ukraine software development company) has created MVP booster that helps save its developers up to 160 hours on standard tasks, shortening time-to-market and getting an idea verified within a shorter time which is crucial when introducing a new product. 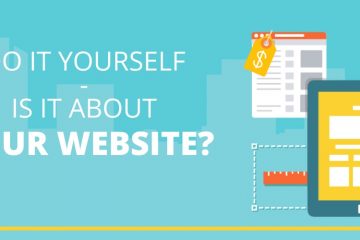 How much does it cost to create your own website in 2021? 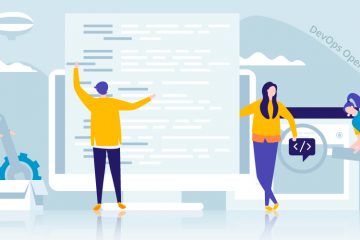 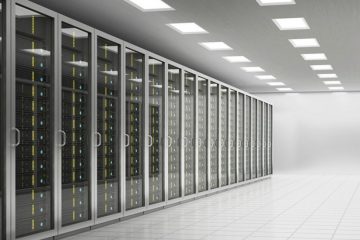