Several trends attract intensified attention from the programming world. Our money is on Raspberry PI and Arduino.

Why? What do these magical words mean?

How do Raspberry PI and Arduino change the world?

To answer these questions, let’s take a look at which startup ideas became successful products loved worldwide. We have witnessed a rapid evolution of several technologies which helped startups become recognized companies worth billions of dollars.

The time when social networks and complementary projects changed our world. Internet communication enjoyed immense popularity: tweets, likes, shares became an integral part of our everyday reality. Long-lost friends re-established contact. Friends became closer via social networks contacts. It was easy to find out what places your friends had been to, what events they planned to attend, what they liked, who was with whom and whether they were in a relationship, engaged, married or divorced. To get this information, no need to call everybody instantly but simply friend a user and subscribe to his/her newsfeed. Social networks started consuming time. Also, various social network-related apps, such as games (remember FarmVille?), dating apps, etc., became popular.

User-based social networks grew like wild fire opening up plenty of opportunities for app owners to make a fortune through monetization: social network-related services quickly became the central focus of startups. But within two or three years, the market was saturated: creating anything new in the world of social networks seemed impossible. The world needed something brand new.

And then came Apple: rise of a fresh concept was in the air.

Steve Jobs presented the first iPhone in January 2007; the first mobile OSs were revealed, as well as smartphone apps, platforms and stores for app distribution—App Store and Google Play. Mobile programming  got a new line of development.

All popular social networks and other web projects developed their mobile clients. Many apps used smartphone sensors: GPS, Bluetooth, and accelerometer. Everyone can recall accelerometer-based games or popular navigation apps like Google Maps, Waze, or Maps.ME. However, as with the web age, the mobile market reached its saturation point when new ideas became scarce, and a good app even scarcer. The market needed new challenges.

Raspberry PI and Arduino are the next big thing. Designed for end-product prototyping, these platforms overcome the next challenge–IoT (Internet of Things) and finally connect human and machine with each other.

What does it look like? Raspberry PI is a tiny computer with enough capacity to run Linux and has embedded modules onboard for wireless connectivity – Bluetooth and Wi-Fi. This minicomputer can be easily programmed to communicate with other devices via Bluetooth, Ethernet, or Wi-Fi.

In essence, Arduino is a controller that connects various sensors—light, temperature, pressure, accelerometer, wireless connectivity module—while communicating with other devices, peripheral hardware, relay modules, electric engines, etc. When considering the variety of Arduino-compatible sensors, we can easily imagine the endless flexibility of this platform for product prototyping.

So what happens? Where is the innovation? Here is the thing. Apart from existing smartphones with mounted sensors onboard, the IT industry has a hardware platform to be used as a base mainly for new devices with the desired set of sensors, peripheral modules and—even more importantly—instant connection between them. This is the starting point for IoT architecture for a smart home where users can monitor and manage any and all processes: see who enters the house and when, which devices are on, how much energy is consumed, etc. It is as easy to turn on and off heating as to post a photo on a social-network platform.

Leading IT companies strive to solve users’ common, everyday needs offering them various smart devices, from home cameras making video calls with relatives easy, to turning on/off wall sockets remotely. Previously, many solutions, like a smart garden which is watered depending on the soil moisture, were relatively expensive, affordable only for medium-sized and big farms. Now they are available for average users simply because they can be easily prototyped and programmed with the help of Raspberry PI and Arduino. From our experience of programming for Raspberry PI-based solutions, we can say prototyping is an engaging activity requiring a modest amount of time and money investment when choosing the right IoT architecture.

An example that has made its way from concept through prototype to a market product is a smart kettle. Its app can be programmed by a smartphone via Wi-Fi network. The app offers several modes including schedule, temperature control, among others plus some special features to help its owners get the water the exact required temperature at the precise time desired.

IoT has many more ideas for startups. Everyone can make life a little bit cozier improving everyday things. 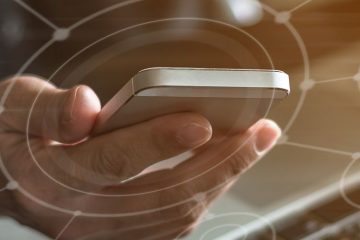